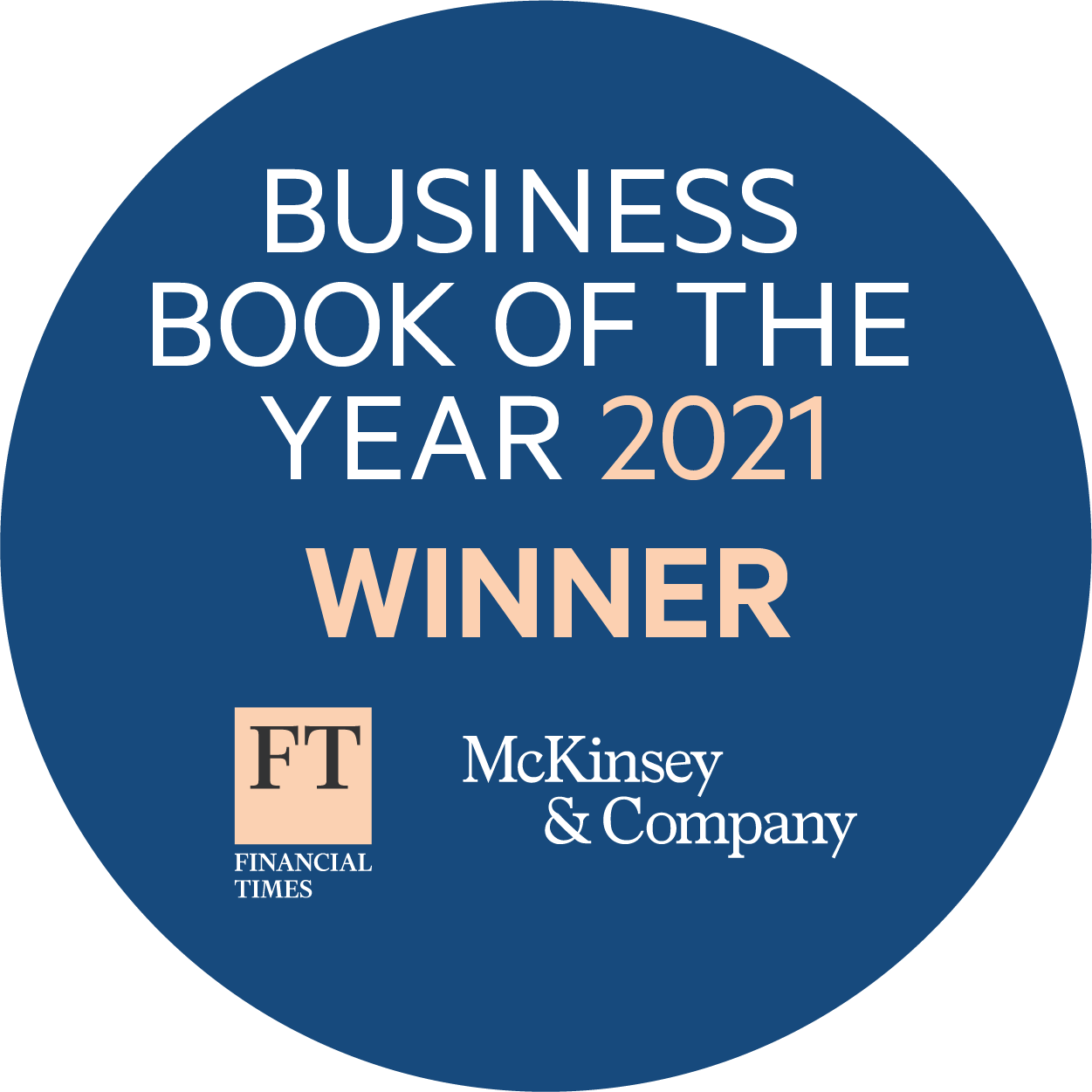 From New York Times cybersecurity reporter Nicole Perlroth, THIS IS HOW THEY TELL ME THE WORLD ENDS is the untold, bestselling account of the cyber arms trade-the most secretive, invisible, government-backed market on earth-and a terrifying first look at a new kind of global warfare.

McKinsey and The Financial Times

"Perlroth dives into the shadowy and frightening world of cyberwarfare...a fast-paced account of the U.S. government’s digital vulnerability, how it has been exploited and why the stakes couldn’t be higher."

“Perlroth's terrifying revelation of how vulnerable American institutions and individuals are to clandestine cyberattacks by malicious hackers is possibly the most important book of the year . . . Perlroth's precise, lucid, and compelling presentation of mind-blowing disclosures about the underground arms race a must-read exposé.”

“A stemwinder of a tale of how frightening cyber weapons have been turned on their maker. Perlroth takes a complex subject that has been cloaked in techspeak and makes it dead real for the rest of us.”

“The best kind of reportage . . . a rollicking fun trip, front to back, and an urgent call for action before our wired world spins out of our control. I've covered cybersecurity for a decade and yet paragraph after paragraph I kept wondering: 'How did she manage to figure *that* out? How is she so good?'”

Garrett M. Graff, Wired, author of New York Times bestseller THE ONLY PLANE IN THE SKY

“The definitive history of cyberwarfare. Nicole Perlroth connects the dots and the behind the scenes action of every serious intrusion, cyberattack and cyberespionage revelation in the last decade, offering recommendations for stopping the cyberwar none of us want to see.”

Clint Watts, Author of MESSING WITH THE ENEMY

“Nicole Perlroth does what few other authors on the cyber beat can: she tells a highly technical, gripping story as if over a beer at your favorite local dive bar. A page-turner.”

Nina Jankowicz, author of HOW TO LOSE THE INFORMATION WAR

“Usually, books like this are praised by saying that they read like a screenplay or a novel. Nicole Perlroth's is better: her sensitivity to both technical issues and human behavior give this book an authenticity that makes its message--that cybersecurity issues threaten our privacy, our economy, and maybe our lives--even scarier.”

“Reads like a modern-day John le Carré novel, with terrifying tales of espionage and cyber warfare that will keep you up at night, both unable to stop reading, and terrified for what the future holds.”

"Easily an early contender for a "best of the year" award, and it is by far one of the best books on cyber warfare and espionage out there today...pulls the reader fully into the narrative from the first page."

"One of the most absorbing books I’ve encountered in a long time....superbly organized, written, and edited. What a story Perlroth has to tell." 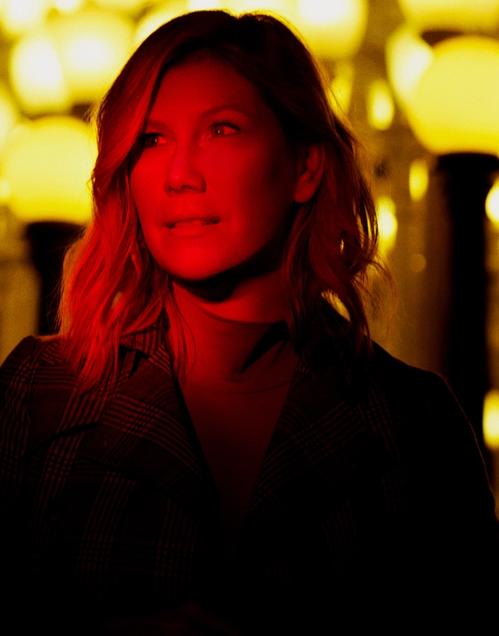 Nicole Perlroth spent a decade as the lead cybersecurity, digital espionage and sabotage reporter for The New York Times. Her investigations rooted out Russian hacks of nuclear plants, airports, elections, and petrochemical plants; North Korea's cyberattack against movie studios, banks and hospitals; Iranian attacks on oil companies, banks, critical infrastructure, and presidential campaigns; and thousands of Chinese cyberattacks against America’s critical infrastructure and businesses, including a months-long hack of The Times. Her investigations, and outing of hacking divisions within China’s People’s Liberation Army, helped compel the first United States hacking charges against members of the Chinese military, and earned her the prestigious “Best in Business Award” from the Society of American Business Editors and Writers. Her co-investigation of the use of commercial spyware in Mexico was nominated for the Pulitzer Prize.

She is the author of the New York Times bestselling book “This Is How They Tell Me The World Ends,” about the global cyber arms race, which was recently shortlisted for the 2021 McKinsey and Financial Times’ Business Book of the Year Award and has been translated into nine languages. The book and several of her Times articles have been optioned for television.

She has lectured at Stanford University, including the Stanford Graduate School of Business, where she co-authored a case study on the hack of Home Depot. She has also lectured at Princeton University, Columbia University, Cornell University, Harvard Kennedy School, Hult International Business School, The Fletcher School at Tufts University, the Naval War College, Fordham Law, the University of California, Berkeley, John Hopkins Medical School, Cornell University Medical School and was selected as the inaugural “Journalist in Residence” for the University of Texas Strauss Center’s Journalism and World Affairs program and the Jeanette Pontacq Investigative Journalism Fellow.

Before joining the Times, Ms. Perlroth worked as a deputy editor at Forbes Magazine, an analyst at the Corporate Executive Board, a subsidiary of Gartner, and worked for the late Senator Ted Kennedy. She serves on the board of the Searle Scholars Program, which offers grants to support independent biomedical sciences and chemistry research of exceptional young faculty. Among Searle Scholars was Dr. Jennifer Doudna, of the University of California, Berkeley, who won the Nobel Prize in Chemistry for her groundbreaking work developing the CRISPR.

“An intricately detailed, deeply sourced and reported history of the origins and growth of market and the global cyberweapons arms race it has sparked. . . . This is no bloodless, just-the-facts chronicle. Written in the hot, propulsive prose of a spy thriller, Perlroth’s book sets out from the start to scare us out of our complacency—and (on my part, at least) it succeeds. As a narrator, Perlroth comes at the reader hard, like an angry Cassandra who has spent the last seven years of her life (which is both the length of her career at The Times and more or less the time she spent working on the book) unmasking the signs of our impending doom—only to be ignored again and again.”

“Perlroth's terrifying revelation of how vulnerable American institutions and individuals are to clandestine cyberattacks by malicious hackers is possibly the most important book of the year...Perlroth's precise, lucid, and compelling presentation of mind-blowing disclosures about the underground arms race a must-read exposé.”

"Scarier than the scariest sci-fi movie, “This Is How They Tell Me The World Ends: The Cyberweapons Arms Race,” Ms. Perlroth’s stunningly detailed, must-read book tells the untold story of what may well be the clearest and most present danger facing the world."

“An essential cautionary tale [that] exposes the motivations and misgivings of the people helping governments hack into our devices. After Perlroth's incisive investigation, there's no excuse for ignoring the costs of the cyber arms race. Indeed, we are already deeply vulnerable.”

“100% gripping. For anyone interested in cybersecurity, whether as student, policymaker, or citizen, it is well worth your read.”

“A wonderfully readable new book. Underlying everything Perlroth writes is the question of ethics: what is the right thing to do? Too many of the people she describes never seemed to think about that; their goals were short-term or selfish or both... a rip-roaring story of hackers and bug-sellers and spies that also looks at the deeper questions.”

"When the weaknesses of a system can be bought and sold, the results can be calamitous, as This Is How They Tell Me the World Ends shows … Engaging and troubling … This secretive market is difficult to penetrate, but Perlroth has dug deeper than most and chronicles her efforts wittily."

“From one of the literati, a compelling tale of the digerati: Nicole Perlroth puts arresting faces on the clandestine government-sponsored elites using 1s and 0s to protect us or menace us-and profit.”

“The murky world of zero-day sales has remained in the shadows for decades, with few in the trade willing to talk about this critical topic. Nicole Perlroth has done a great job tracing the origin stories, coaxing practitioners into telling their fascinating tales and explaining why it all matters.”

“Reads like a thriller. A masterful inside look at a highly profitable industry that was supposed to make us safer, but has ended up bringing us to the brink of the next world war.”

“A whirlwind global tour that introduces us to the crazy characters and bizarre stories behind the struggle to control the internet. It would be unbelievable if it wasn't all so very true.”

Alex Stamos, Director of the Stanford Internet Observatory and former head of security for Facebook

“This is not a book to read if you want to relax. Told in an enthrallingly cinematic style Perlroth takes us through some of the worst cyber-security breaches in history...revealing just how vulnerable our reliance on digital convenience has made us, both individually and as a society. This is How They Tell Me the World Ends is a stark, necessary, thoroughly reported reminder that no matter how strong the safe is, there’ll always be someone who can come along and crack it.”

"“Exceptional . . . Ms. Perlroth is a seasoned cybersecurity reporter, and it shows—her mastery of detail and ability to write is vividly on display on every page. Reading this book, one will savor the vignettes and their connective tissue. I found myself pausing more often than usual to simply enjoy the prose, the detail, and the narrative. It is truly thought-provoking and pulls the reader fully into the narrative from the first page...Easily an early contender for a "best of the year" award, and it is by far one of the best books on cyber warfare and espionage out there today...pulls the reader fully into the narrative from the first page."

"Written in the hot, propulsive prose of a spy thriller, Perlroth’s book sets out from the start to scare us out of our complacency...an intricately detailed, deeply sourced and reported history of the origins and growth of that market and the global cyberweapons arms race it has sparked."

"Sizzling...Her insider accounts provide texture and context. [Her] storytelling skills make them scarier, particularly because of the collateral damage."

Edward Lucas, The Times of London

"This big, smart but entirely intelligible book... is lively and enjoyable, scary until it’s (somewhat) calming, and mind-clearing."

“Riveting... You will be hooked in the first few pages.”

“The New York Times cybersecurity reporter lifts the curtain on the cyberweapons market, revealing a terrifying look at a new kind of global arms race.”

“Readers of Perlroth’s alarming book will urge Washington to come up with a coherent, strong cybersecurity policy immediately, convinced by her argument that the U.S. is vulnerable to a new invisible global warfare...Perlroth takes readers on a vivid, fascinating tour of this shadowy world as she investigates hackers, creators of the world’s digital infrastructure, and the group that released National Security Agency hacking tools.”

Nicole Perlroth is interviewed on "Fresh Air" with Terry Gross

An Interview with Ben Makuch of VICE

Wednesday, February 10, 2021 / 11AM eastern. An interview with “Hidden Forces”podcast hosted by Demetri Kofinas.

Event: Center for the Study of the Presidency & Congress

The Colony Club will host a private event with Nicole Perlroth at 6PM Pacific.

Event: "Off the Record," a program of the Foreign Policy Association